The mass of [people] live lives of quiet desperation and go to their grave with the song still in them. 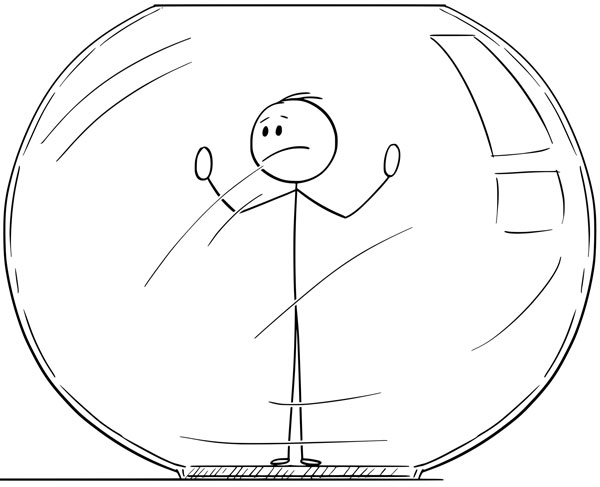 Most readers will know the first part of this quotation from Thoreau, without being familiar with the second. An inverted rendition of the same idea might be that “no-one ever died saying I wish I had spent more time in the office.”

Both quotations express unhappiness born of constraint. There are two linked themes we can explore here. The first is that much suffering is caused by the self-sabotage of ingrained habit. The second is the proposition that people leave the world with their own individual song unheard.

At the turn of the 19th and 20th century, a core of influential thinkers, including William James and John Dewey, proposed that mind and body were integrated parts of the same unity, rather than separate but complementary structures, as asserted by Descartes. F M Alexander, who discovered the Alexander Technique, was exposed to this idea through his close friendship with Dewey and he used the term ‘psycho-physical unity’ which showed that his Technique relied heavily on it.

When people bring pain, discomfort or restricted movement to an Alexander Technique teacher, they are presenting symptoms both of physical difficulty and of matching mental constraint.  Although they do not usually recognise this, at least at the outset, the concept of psycho-physical unity implies that this is inescapable:  The ingrained habit of physical behaviour is matched by an ingrained mental process, and a lasting improvement in the one will necessarily be matched by a lasting change in the other.  Equally, a person whose thinking, for whatever reason, is unchanged by their Alexander lessons is unlikely to see any permanent physical improvement.

At the core of the Alexander Technique, as a learned skill, are the twin concepts of inhibition and direction. We stop what we are doing, and the way we’re doing it, so as to create mental space to find a better way to do it. The process is extraordinarily powerful; just like throwing a stone into a pond, the ripples extend far beyond the initial impact. Yet one of the curiosities of the Technique is that its profound implications for personal growth are by and large left to pupils to discover for themselves. It would be wonderful if this were more widely appreciated, so that more people could release their beautiful songs to the world.